Measuring America : The Decennial Censuses From 1790 To 2000

Visit the Census Bureau's American Community Survey subject page to explore detailed tables for each subject you can research in American FactFinder.

Subjects Planned for the 2020 Census and ACS

By law, the Census Bureau must deliver decennial census subjects to Congress three years before Census Day. In March of 2017,  the U.S. Census Bureau delivered its planned subjects for the 2020 Census to Congress, which include gender, age, race, ethnicity, relationship and homeownership status.

How to Look up Census Tracts

Each location will have a state code, a country code, and a tract code as listed on the screen shot below. For the census tract where AU is located the full number is 11-001-000901. We drop the leading zeros and add a decimal before the next zero so the tract is 9.01 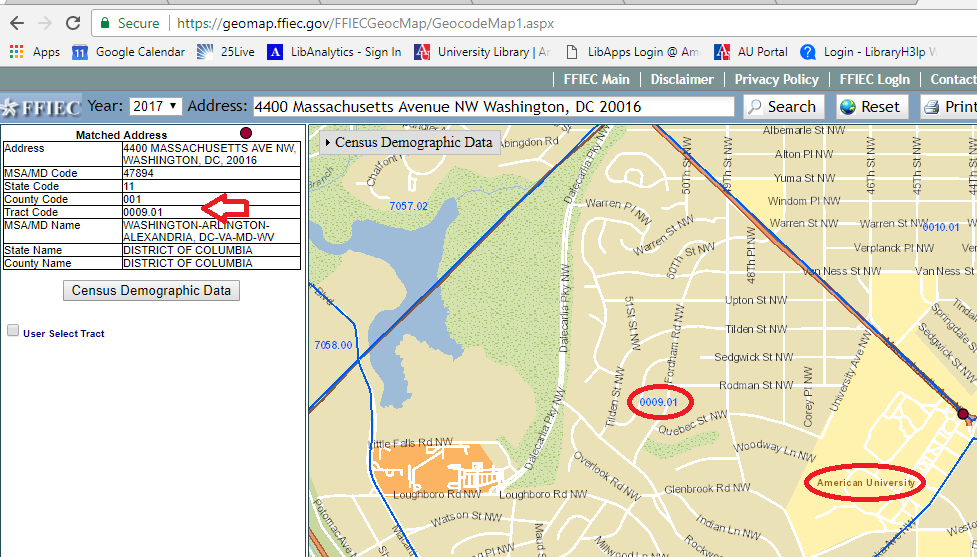