History of Colonization by Sarah Trembath

Colonialism is a practice of domination, which involves the subjugation of one people [by] another. One of the difficulties in defining colonialism is that it is hard to distinguish it from imperialism. Frequently the two concepts are treated as synonyms. Like colonialism, imperialism also involves political and economic control over a dependent territory. The etymology of the two terms, however, provides some clues about how they differ. The term colony comes from the Latin word colonus, meaning farmer. This root reminds us that the practice of colonialism usually involved the transfer of population to a new territory, where the arrivals lived as permanent settlers while maintaining political allegiance to their country of origin. Imperialism, on the other hand, comes from the Latin term imperium, meaning to command. Thus, the term imperialism draws attention to the way that one country exercises power over another, whether through settlement, sovereignty, or indirect mechanisms of control.

That system of colonization, described in the opening quote, began in the 15th and 16th centuries with the European military conquest of the world and violent subjugation of its people. It was marked by extractivism of raw materials, slavery, repressive rule, and the creation of hierarchies based on external characteristics that became known as race. It’s impossible to understand racism--or its undoing--without understanding this history and system associated with its origin.

European colonialism raged throughout the world for several hundred years. The map in this section shows just one example (Africa) of how few countries ruled over just how many. During this time, Europe developed itself, underdeveloped the nations it ruled, exacted all manners of human rights violations upon them, and set up racialized class hierarchies with themselves at the top and indigenous and enslaved people at the bottom. Millions of people were killed in service to this, the European quest for world dominance and extreme wealth, and populations were moved all over the world to meet its ever increasing desires.

European colonialism mostly ended by the mid 20th century, but its effects remain in the form of neocolonialism, rampant poverty and civil unrest in the destabilized former colonies, and race-based hierarchies in former metropoles and colonies alike. “Racism appears then,” according to South African scholar Walter Memmi, “not as an incidental detail, but as a consubstantial part of colonialism. It is the highest expression of the colonial system and one of the most significant features of the colonialist. Not only does it establish a fundamental discrimination between colonizer and colonized, a sine qua non of colonial life, but it also lays the foundation for the immutability of this life” (Memmi 74). According to many colonialists, “The United States, as a settler colonial nation-state, also operates as an empire” (Tuck and Yang). 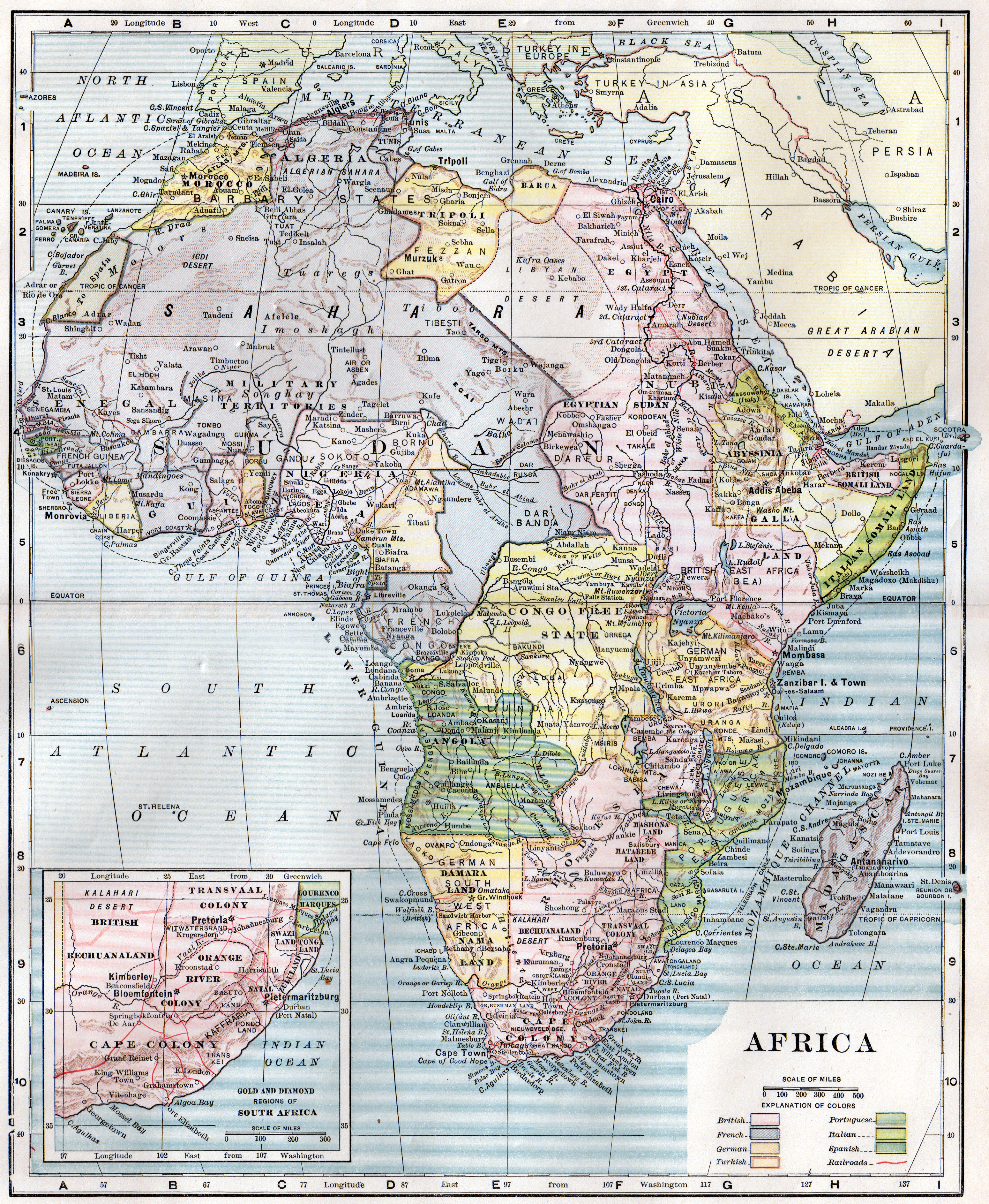 A map of colonized Africa in the early 20th Century.