This work is licensed under a Creative Commons Attribution-NonCommercial-ShareAlike 4.0 International License.

Welcome to the Antiracist Praxis subject guide, developed by American University's Information Literacy Committee. We hope that you use it to explore thinkers and ideas in a very important field.

A bit about the history behind the major ideas underpinning this guide: “Antiracist” is a term that was coined in the 1960s and 70s by members of the Black Panther Party in their efforts to enable activist solidarity across racial and organizational boundaries. Political activist and author Angela Davis began using the term in her academic writing as early as 1981. Originally, the term was used to distinguish White activists mobilized against injustice from the general White population. The general population, in this line of thinking, was either unmindfully functioning out of its race-class privilege or actively perpetuating racist norms. And so, the original use of the term antiracist is nearly synonymous with today’s use of the word “ally.” 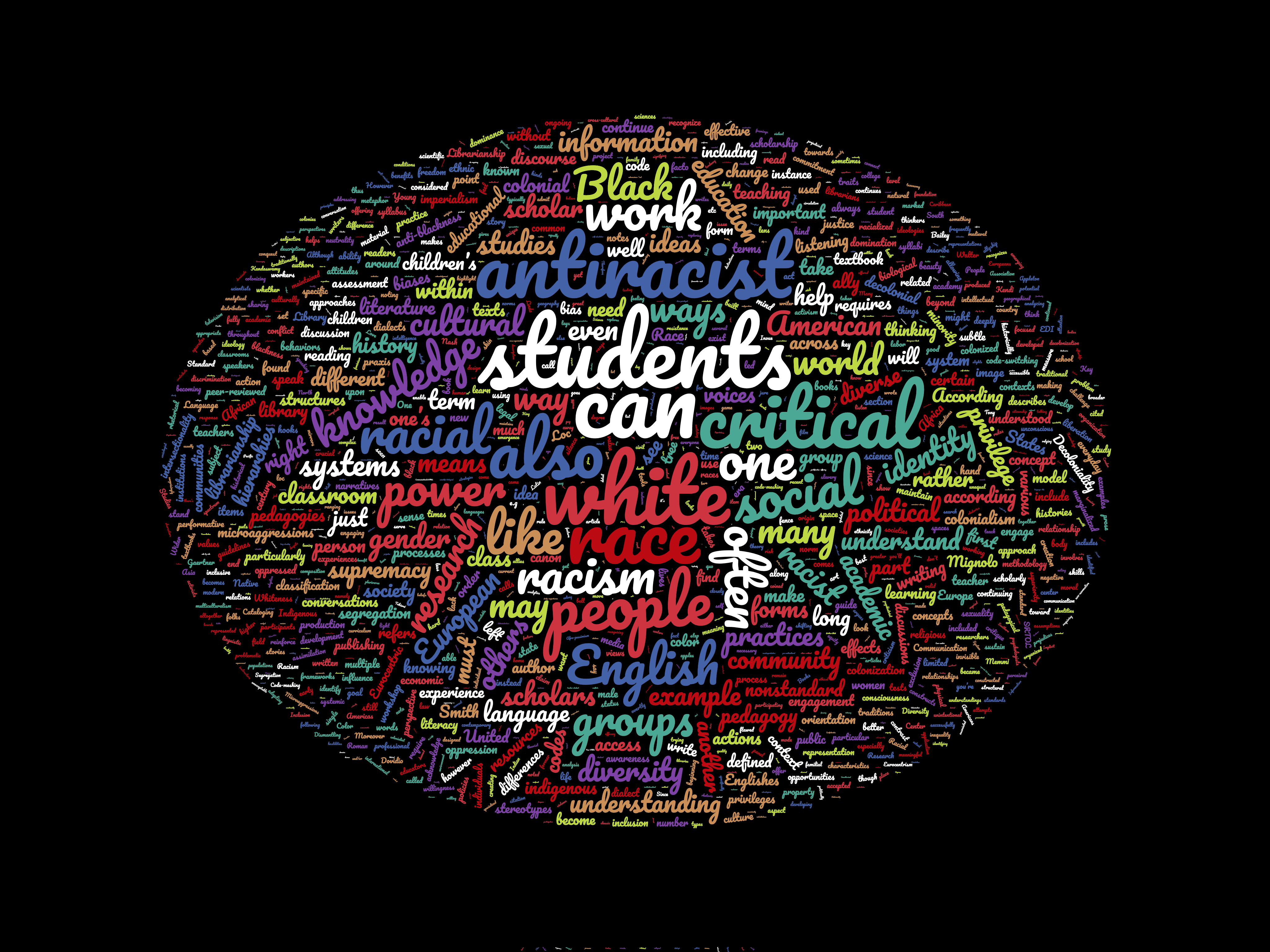 It is Davis who is credited with pointing out that people on all sides of the race-class divisions in our country must do more than simply refrain from obviously racist behaviors. They must actively fight against racism. They must make that push their practice, or praxis.  It is in this spirit, then, that the purpose of this site is to assist faculty, staff, administration, and students in becoming active participants in the downfall of institutional, cultural, and interpersonal race-based discrimination. Whether you are new to antiracist praxis or a part of any of the university’s efforts to promote social justice, elements of the site should be useful in your work. Specific topics include: the history of colonization, white supremacy, anti-blackness, segregation, aversive racism, Eurocentrism, microaggression, linguistic imperialism, intersectionality, indigeneity, decolonization, implicit bias, mental decolonization, allyship, diversity, and many more subjects. Please explore! It is a live document and will be augmented and expanded on an ongoing basis.

While by no means completely representative of its field, this site does support the development of critical consciousness with the purpose of actively disrupting racism in its myriad manifestations. The content embedded underneath the topic and sub-topic heading contains main ideas, key terms, and their definitions directly from the most recent, respected, or classic scholarship in antiracist fields. The word cloud here on this page—constructed from an automated scan of this Subject Guide’s content—makes it quite clear: this Guide is made for students of race-based social justice. This does not just include enrolled students in our university, but students, faculty, staff, and administration alike. No matter who we are, our praxis must be mindfully and purposefully calibrated toward antiracist ends in order to bring to fruition the egalitarian campus—and world—we desire.

We hope your exploration of the ideas contained herein enrich your praxis and excite new pathways of exploration in antiracist ideals.