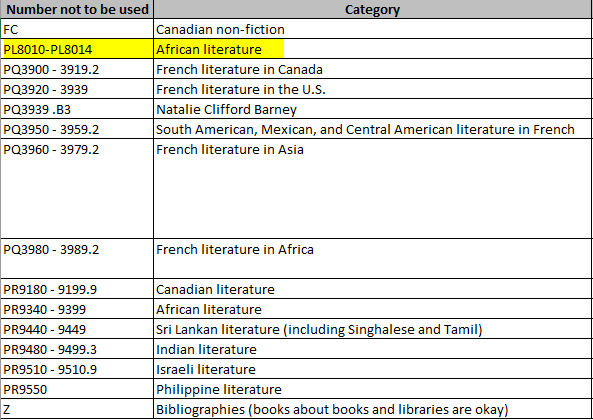 Cutter numbers for Autobiography, Individual Biography, etc. (Other than in Classes N and P)

First, check the OPAC to see if we have other works by the same author. If the author's other works all have the same call number, use that base to build your call number.

If we don't have anything by the author, build the number using the chart below:

Finally, check the OPAC to make sure the call number fits alphabetically into our existing holdings. 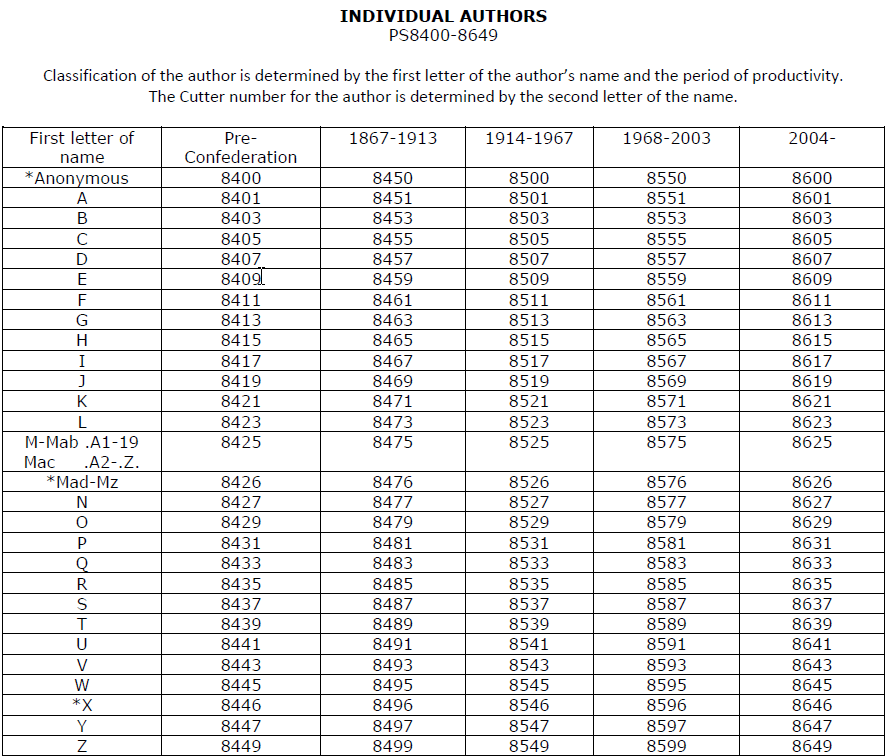 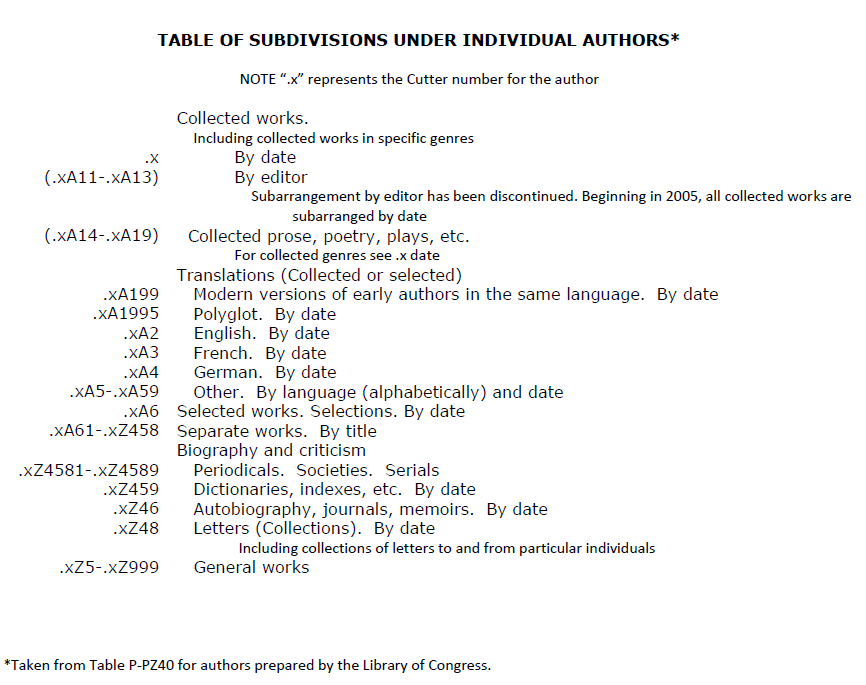 The final element in the call number is almost always the year of publication. There are some cases in which it is necessary to add a work letter following the date to distinguish the work you are cataloging from other similar works.

Work letters “b” and “c” (local use allowed)

We may use the work letters “b” and “c” as necessary.

The work letter “a” (reserved for LC use)

Photocopies or “true” facsmiles. They use the same call number as the original work, with the date of the original work, plus the work letter “a”, so that the photocopy or facsimile will shelve directly next to the original work. The most recent publication date will be used in the Fixed Field Dates, 1st position and in the 260 field. The original date will be used in the Fixed Field Dates, 2nd position and in the call number followed by “a.”
“Dump numbers”. This term refers most often to a cutter used in which no way represents the main entry. An example is the biography table, where A3 represents an autobiography classed in an individual biography number. If two autobiographies by the same person were published in the same year, LC uses the “a’ to distinguish them (e.g., .K56 A3 1997 ; .K56 .A3 1997a)
N class: exhibition catalogs or collections of an artist. When two of either occur in the same year, LC’s practice is to consult the .xA4 part of the table for special artists on the first cutter; the second work published in the same year would take work letter “a” tacked onto the date (e.g. .V36.A4 1996; .V36.A4 1996a).
Works entered under a corporate body (110). The first work published in a particular year gets that year added to the call number; subsequent works published in the same year get work letters starting with “a” (usually serial).
Works entered under a conference or congress (111, or sometimes 110). If a date is present in the heading, LC uses that date in the call number; subsequent works with the same heading get the same date with work letter starting with “a” (usually serial).

NOTE: LC doesn’t “reserve” the work letter “a” in these situations. In these cases, they don’t keep editions together, nor does LC use translation numbers or selection numbers, etc.

Other Work letters and usage

“p”; To distinguish between a score and set of parts for the same work with identical cutters, add “p” to the date of publication in the call number for the set of parts (e.g., M452.B455 1965p).
“x“; not generally used by LC, this “trailing x” is most often used by other institutions to distinguish their call number from an LC call number, and is most often found tacked onto the cutter rather than the date; early in the NCCP project, libraries like Harvard used trailing x’s.
“z”; when a date in the 260 field is incomplete, such as 19–, add the date as 1900z. If yet another publication arrives of the same work with the same incomplete date, that will become 1900za. For an uncertain decade of publication in the 260, such as 195-, use the form 1950z.
“z“; is also used for commentaries on a specific conference, where the name of the conference is usually the first subject heading assigned. The call number consists of a class number, a cutter number for the conference, the date of the conference (from the conference heading), and work letters starting with “z” letters such as “za, “zb“, and so on).
Serials entered under a corporate body or conference. Here, the first work received would take work letter “a” tacked onto the cutter; subsequent works would take letters “b“, “c“, and so on.
Multiple work letters. In certain exceptional cases, LC will use all 26 letters tacked onto the date. The best example of this is class HA201 for the census of the United States. This class is subarranged by the date of the census, but with no cutters. They use “aa”, “ab”, and so on as needed.

Most of the above practices are documented in the Subject Cataloging Manual: Shelflisting. Memos consulted were : G140-Corporate Bodies; G230-Conferences, Congresses, Meeting, Etc.; G240-Societies; also, see the Preferred shelflist Order in G60-Call Numbers.